Humorous Look at the Chameleon

The Way of the Very Odd And Confused Chameleon. The incredible Camouflage of a Chameleon

As we all know it the life of a chameleon seems very of odd and also very slow, the chameleon is a very slow and small little reptile that wanders around nature. They wander around in search of food, even though they have such small bodies and their movements are so slow –  they have a special, secret weapon!!! this is their tongue!!!

The chameleon has a very impressive long tongue which can equal their total body length when extended. Would you like to TRY TO BEAT THAT THE NEXT TIME YOU TRY STEAL A LICK OF AN ICE-CREAM?

Everyone always wonders why the chameleon looks so lost and confused with their strange moving eyes, don’t worry they are not so crazy as you think they are because these fascinating little creatures can see the whole world around them, each eye can scan almost 180 degrees, is that not absolutely incredible!! A great tool to have don’t you think? Imagine if you wanted to try to sneak a beer past your wife on a Sunday.

Adult chameleons are usually found in trees or shrubs. Chameleons can be found in a suitable habitat that is rich with high densities, they blend in by changing their body temperature to change colour. As an absolute master of disguise, these creatures use their unique ability for camouflage, communication & mating purposes.  What does a chameleon and Ranger Jacques texting his girlfriend have in common? Well, they both move very slowly!

Chameleons are creatures that move around very slowly giving predators an advantage to catch and eat them, this would happen only when these little tricksters have nowhere around to blend in with their surroundings, so they can be spotted as they attempt to crossroads.  When moving over open ground, these little creatures always appear to be very unsure of themselves and progress with a very dodgy back and forth see-sawing motion.

This reminds me of the first time that I attempted to build up the courage to ask a girl for her phone number. Spotted on a drive  –  the amazing Chameleon

So you probably wonder how it is possible for these little creatures to manage to reproduce as they always look too afraid to do anything – well the female Flapped-necked Chameleon is able to lay 25-60 small little eggs after she has dug a hole to lay it in, around in the late summer, so most certainly no problem in that department!!

So know that you guys know a bit more about these fascinating little creatures with their slow movements and crazy twitching little eyes that chameleons are in fact so awesome and shouldn’t be judged on their looks.

See you around. Regards, Ranger Pierre. 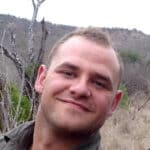